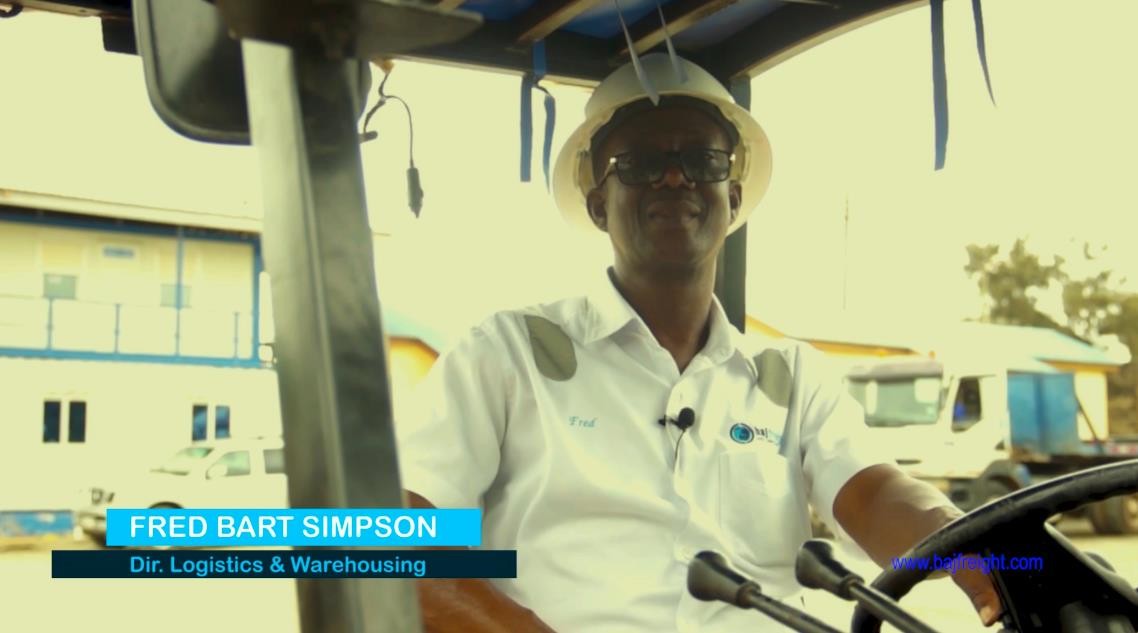 Mr. Fred Bart-Simpson is the Director of Logistics and Warehousing and has over 30 years work experience.

He joined Relebo Lines and Co. Ltd as the Operations Manager from 1983 to 1989, coordinating all clearing and forwarding activities with the major clients.

From 1989 to 2006 he became the Operations Manager for Sheik Lines & Company Limited, liaising with Statutory institutions such as Customs Excise and Preventive Service and Ghana Ports and Harbours Authority among others. Fred has been in his current position as a Director of Baj Freight and Logistics Limited since 2006. He has contributed immensely to the company by starting off the operations in Takoradi in 2010 which now manages a fleet of over 45 trucks.

Fred is one of the three owners and has handled the Logistics and Warehousing division of the company with excellence to date.